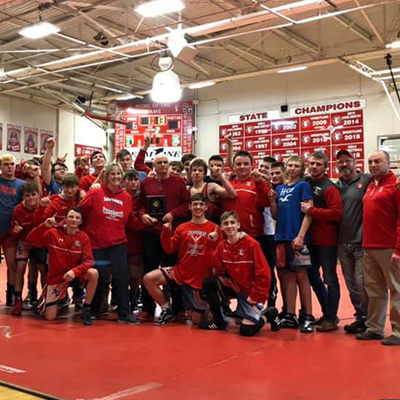 There are not enough superlatives in the dictionary to accurately describe the success achieved by the Southern Rams during the historic 2019-20 winter athletic season.

To put it more accurately, the Rams entered the season with high expectations across the board and managed to blow them out of the water. Southern’s winter featured a three-peat state champion wrestling squad, an undefeated bowling team, and 1A Final Four berths by both the boys’ and girls’ basketball teams.

Boys Basketball
• Finished the season 22-3, making this the winningest two-year stretch in the history of Southern boys basketball
- Of those 22 wins, 17 were by 20 or more points
- This team accomplished this after replacing eight seniors from last year’s state runner-up team. Five of those eight seniors were starters and seven were in the main nine-man rotation
• Of the 45 wins accumulated by this senior class in the last two seasons, 43 were by double digits
• Punched ticket to the Final Four for the second consecutive season after beating Surrattsville 59-58 in what was one of the greatest games Ram Arena has ever seen
• Sophomore forward Isaac Upole broke the long-standing sophomore scoring record by racking up 468 points (previous record: Brett Rice in 1989-90 scoring 459)

Though the pandemic ultimately cut short what could have been one of the all-time greatest winter seasons for any 1A school in Maryland since the turn of the century, it didn’t lessen the impact that these athletes made on their school and the Ram community.

They were the embodiment of what a Southern Ram athlete should be and have managed to pen another important chapter in the rich history of Southern Garrett athletics.