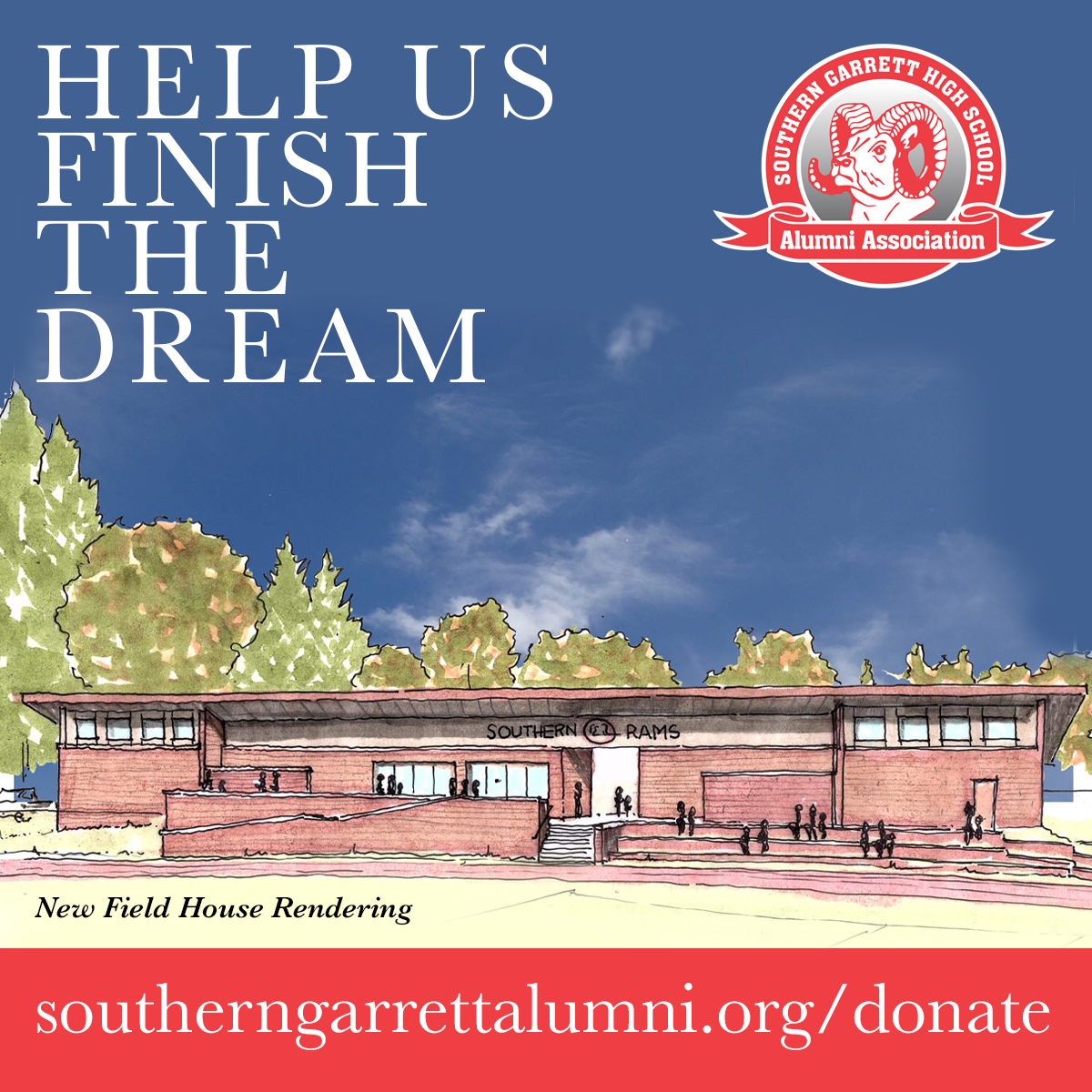 A campaign is underway to provide the last piece needed for the new Athletic-Band Complex at Southern. While public funding provided for the new field and track, and other amenities, there were no funds for the needed Field House. This important and vital structure would house rest rooms, concession, half-time and training rooms, and ticketing.

The Campaign, entitled "Help Us Finish the Dream", seeks donations in any amount to provide for this building. The Southern Garrett Alumni Association, recognizing the importance of this effort, is spearheading the Campaign.

While several generous donations and pledges have already been received, more help is needed to reach the $485,000 goal. There exists a number of opportunities to participate at various levels. Pledges of up to five years can be accommodated for gifts of $1,000 or more. Of course, gifts in any amount are gratefully accepted.

There are a number of ways to join in the Campaign. Contributions may be made by going to the Southern Garrett Alumni Association website, southerngarrettalumni.org, and accessing the "Donate Now" button. Gifts may also be made payable to "Garrett County Public Schools Foundation", and send to: Southern Field House Campaign, c/o Brian R. Boal, CPA, 317 East Oak Street, Oakland, MD 21550. Pledge forms may be obtained on the website, at Southern or at Brian Boal's office, noted above. You can also download a donation form here: Field House_donation form

Act Now!! The hope and dream is to have the Field House ready for this Fall. Follow the progress on the Southern Alumni Association Facebook page!